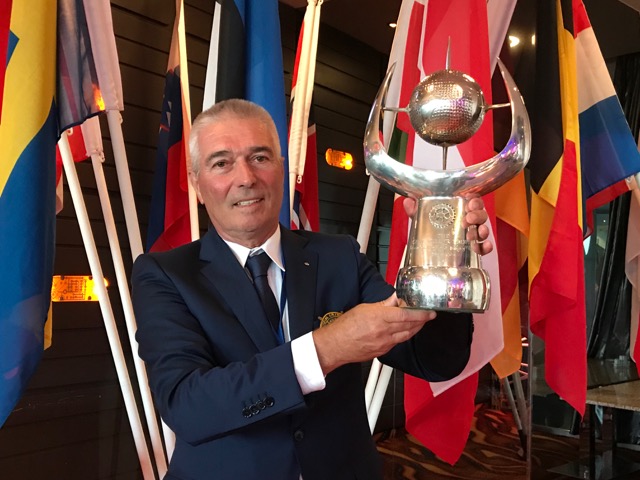 Rtn Zelimir Feitl from Croatia won the Carl Miller trophy and became the 2018 IGFR World champion!
Zelimir beated local golfplayer Rtn Urmas Isok from Estonia with a better second round.
Both came in with a same score of 165 over the two days.
The 3rd round was cancelled due to bad weather conditions.
It was Zelimir’s second world title as he also won the 52nd IGFR World Championship in Antalya-Belek, Turkey in 2015. (LS)

Warning: Use of undefined constant ICL_LANGUAGE_CODE - assumed 'ICL_LANGUAGE_CODE' (this will throw an Error in a future version of PHP) in /home/customer/www/rotary.golf/public_html/wp-content/themes/igfr/sidebar-europ_logo.php on line 3