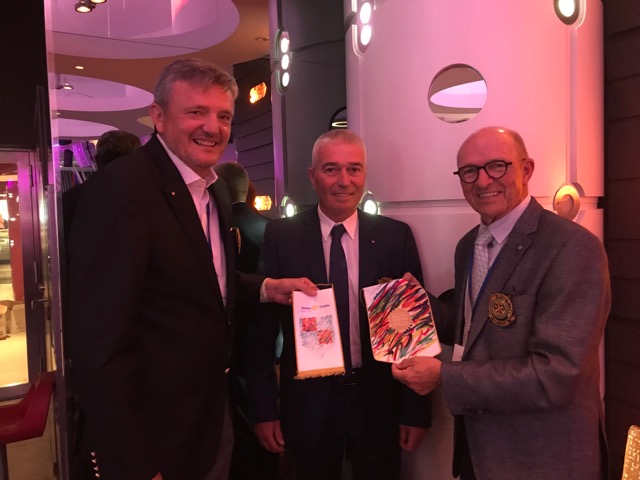 Look at Rtn Zelimir Feitl, who became the 2018 World champion by winning the Carl Miller Trophy at the IGFR World Championship in Tallinn last July.

Rotary and Golf are doing well in Croatia.

Even the president of the Croatian Golf Federation (Hrvatski Golf Savez) became Rotarian and attended as newcomer the big event in Estonia, Emilijo Zubrinic.

Both Rotarians took up their responsibility to further develop golf amongst Rotarians and followed Rtn Vladimir Kovacevic to establish a Golfing Fellowship in Croatia!

Rtn Ratimir Oreskovic, also an active participant in different IGFR tournaments in the past,

joined the new board.

We are extremely happy to announce that GFR Croatia is born!

Congratulations guys. We wish you all the best to achieve your goals!

By the way, we also want to share your good feelings with the amazing results of your football team during the Fifa world cup 2018 in Russia, as Croatia played the final against France, at the same time that Zelimir won his title!

What a year to remember!

GFR Croatia is now an official representative of GFR Europe and IGFR.

Europe has now 10(11) well structured GFR associations on its continent:

Let’s go together to go for more!